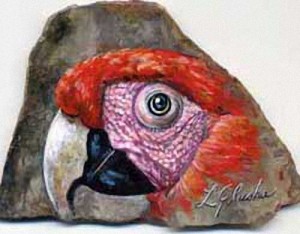 Looking back, more than 30 years ago it is fascinating to see the changes that have happened – not only to the zoo world, but also to the world in general. The cost of living has changed radically. My husband and I got a room in a small hotel for $13.00 a night in Louisville– an expensive hotel was $36.00! This was the year 1978.

There was no internet and people spoke to each other much more openly than they do today .The young people that I meet now carry I-phones with them and except for their own age group, there is very little that they have to say to anyone of an older generation.

There is a lot to be said for the new technology, but I believe that communication between people was much more open at that time than it is today. I really wonder whether the wonderful reception that we received at each of the zoos would be the same in today’s world.

As I wrote in the last blog the way they greeted us was amazing. The people in education, and the curators of the different species could not wait to share with us their joy in their work. One of the interesting things I found out almost in the beginning was the directors of most of the zoos was a financial man. Dr. Thomas, director of the LA Zoo was an exception in the fact that he was a veterinarian. I was told that the zoos generally did not have much money and the cost of food for the animals, even at that time was huge. In each case, they really fed their animals well. As I was told it took a genius to figure out how to handle all the costs – and despite all that they were determined to keep the zoo free to the public. They wanted everyone to be able to enjoy what was being offered.

One of the fascinating things I learned was about the bird exhibit. They gave us a wonderful behind the scenes tour of the zoo in one of their special carts. The bird exhibit was really amazing. They had a huge flight cage which they said was built in 1904 for the World’s fair. I was told it was the largest flight cage in the world. I believe it. The bird house was fascinating. I was told that all of the cages were built by the bird keepers themselves. Not only the physical structure was wonderful, but even the greenery, which was so artistically set up. They told us that the birds would eat the greenery and they were constantly replenishing it. It was obvious that the keepers loved what they were doing.

They took us downstairs to see the incubators. They showed us the records of each and every egg and how they turn them three times a day to be sure they are getting adequate heat. They also showed us the special cages they made to house the fledgling birds, and then where they placed them as they grew. We were shown the kitchen and the absolutely superb diets they gave their birds. The entire ingredients were listed and with their flamingos they did not believe in giving them artificial coloring to bring out their red color. Instead they gave them carrots.

Another thing I found fascinating that even in the bird species, there are trouble makers. These keepers recognize pretty quickly who is going to cause problems, and they were housed separately so they would not interfere with the life of the other birds.

The first day that we were there, I met the bird curator. He told me that he wanted to spend time with me, but later in the day. He suggested that we walk around. My husband had special things that interested him and so we agreed to meet later in the day in the administration building. In my walk I came to the Woolly Monkey exhibit. I was very interested in primates generally, but particularly in the Woolly Monkey. At the LA zoo we had a very nice exhibit of Woolly monkeys. One day I noticed that a new monkey had been introduced to the group. I was told that it had been someone’s pet and as it grew it got to be too much for that person who owned it to take care of. It was brought to the LA zoo. At the time I noticed that the group shunned the stranger. It was a female who tried to integrate into the group. All day as I watched she was shunned. The next day she was found dead. According to the keeper she had died of a broken heart.

Having gone through the whole experience with Suck-a-toe I knew how similar they are to humans and the death of the Woolly monkey made me so sad, but I was not surprised.

At the exhibit of the Woolly monkeys in the St. Louis zoo I found a young woman sitting in front of their cage taking notes. I told her of my experience with Suck-a-toe and she shared with me the story of this group. She was volunteer at the zoo. As we commented on the exhibit, she told me the story of the group. There were four monkeys in the exhibit- three females and “Willie”. One female had been a pet and when she was bought in the other two females really attacked her. So when they were inside at night, she was kept separately. When they go outside she and Willie are together and the other females don’t bother her, but inside their behavior is quite different.

It seems that Willie liked her and she became pregnant two times. The first time the baby was born dead, the second time she aborted. The zoos around the world had almost no success with the breeding of the Woolly monkeys except for the National Zoo in Washington. They were highly endangered and the fact that she had become pregnant was very encouraging to the keepers. It was hoped that in the future she would reproduce.

I have so much more to share with you about my visit to the St. Louis zoo.

To be continued in my next blog.