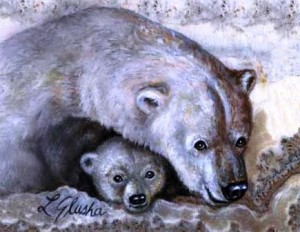 I had an interesting experience today. I met a friend that I had not seen in a while. She is a French lady who for many years was an airline stewardess. She said she had never planned that as a career but sort of fell into it.

She had always been interested in art but as she said “In France I was told you had to be born with the talent so I dismissed the idea,” as she said ”after all I have no talent because I could not draw well.” Years later, during a period when she was not working she started to paint, and because she knew nothing, the result was disastrous. After a while, she decided to take some lessons and fortunately for her she had a good teacher because she saw results. She was improving.

She found she loved both painting and drawing. Many people paint but pay little attention to the foundation which is drawing. You might be able to mix color and paint with proficiency, but if the sketch under your painting is poorly developed, the end result will be unsatisfactory. As with all of us the quality of work even with an experienced artist can go up and down depending on one’s mood or possibly on one’s health. The difference between the amateur and the professional is that the professional, even if not feeling well physically, has enough experience to draw on past knowledge to put out a credible piece of work.

When we met some time ago I told her as a teacher I was often asked what my thoughts were about the word “ talent. “ After years and years of being in the art world , the word talent means one thing to me. Whoever you are, are you willing to put in the necessary work that it takes to be good at anything –as Don Putnam, one of my great teachers said to me when I doubted my ability, “You don’t know how good you are. All you need are miles and miles and miles of painting. “ Overtime I did put in miles and miles of painting. I saw the results and it was so encouraging.

Are you willing, or should I say, interested enough, no matter how bad you may think your creation is to go over it and refine it and do it again and again, if necessary until it is the best you can do at this particular stage of your development. For me this applies to all of the arts, whether it is dancing, singing, cooking, gardening –persistence, no matter is imperative. My husband, who was a great teacher was very friendly with Walt Disney in New York. They met in the boxing ring when they were teen agers. Dan, my husband once told me of a conversation he had with Disney about talent. Walt Disney said to him, “give me two people, one with the obvious talent, and the other a hard worker. I will take the hard worker every time. That person will become the artist. “

Dan said to me that he agreed with Disney’s assessment of the meaning of the word “talent.” My many years as a teacher corroborate that thought. Art in any form is 95% perspiration and 5% inspiration.

My friend’s art has improved enormously since I last saw her about a year ago. She has learned the art of perseverance. It is thrilling to see her improvement and the joy in her face as she talks about her paintings. She continues to study because she knows she still needs a lot of help. By the way, she told me she has people who now want to buy her art!