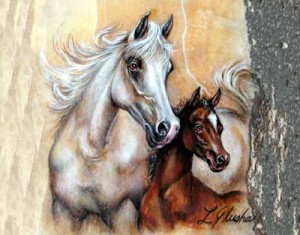 I keep thinking how much things have changed since I became an artist. I don’t mind change – many times it is good, but change for change sake, I am not so sure.

When I was young an interest in drawing was pretty much expected if you were going to be an artist. I agree that there are many areas to art such as design or composition which one could express in various ways, such as taking pieces of paper of different sizes and pasting them one over the other to create interesting montages. However, I firmly feel that hand control is pretty basic and that I am afraid is not being thought about in today’s world. I was frankly shocked when recently a young private student of mine age 14, told me that he is the only one in his class who can write his name. Cursive writing has been taken off the agenda. Not only is cursive writing the expression of an individual, but it also gives the person a sense of freedom, even if all the computers were down, to be able to write with his or her own hand.

Also in my opinion cursive writing is the beginning of hand control which is essential to drawing. which as I expressed in an earlier blog is the necessary foundation to good painting. A person could argue, “who cares about art”? I will argue back that many students who were having difficulty learning the regular curriculum in school improved radically in the general subjects when allowed to take one of the arts as a supplement to other classes.

I am not against the computer. In fact, in 1980 I was the first of any commercial artist I knew who was learning the computer. At the age of 60 I went back to school to learn the newest technology. It excited me and led me to create some very interesting art that made the cover of Computer Graphics World in the September 1986 edition of the magazine. I think there is a place for all new things, but let’s not throw out some marvelous things that history has given us. As I think back I remember that in my training it was suggested to me to look at the art of the cave dwellers. The way they looked at animals is still the way many of us who draw animals today look at them as we draw them. We go for the simplest lines to be sure we have caught the action and then develop the detail to further enhance the drawing.

So let us be open to all new things, but keep much of the past. It still has a lot to offer.